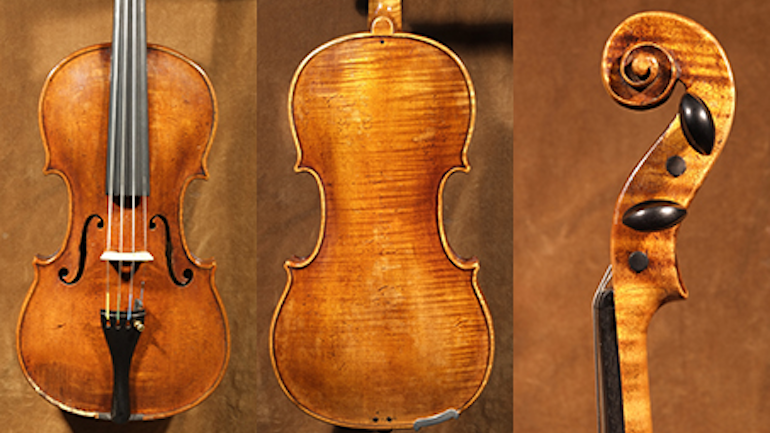 THE VIOLINS OF HOPE CONCERT: ALONG THE TRADE ROUTE

Congregation B’nai Shalom and the Contra Costa JCC are proud to be part of the San Francisco Bay Area tour of The Violins of Hope. Spanning eight-weeks, this tour coincides with the 75th anniversary of the liberation of Auschwitz, one of the many concentration camps where Jewish musicians were forcibly directed to perform in camp orchestras, small ensembles or individually on their own instruments.

• Cookie Segelstein was the principal violist in Orchestra New England and is on the staff at Living Traditions’ KlezKamp and Klezzfest London.

• Emmanuel During is an Iranian-born musician, composer, and neurologist who encountered the masters of Persian music through his father, an acclaimed musician.

• Suzy Thompson apprenticed with Cajun fiddle legend Dewy Balfa and is now the artistic Director Emeritus of the Festival of American Fiddle Tunes.

Although steeped in seemingly separate cultural traditions, these four show a surprising common vision of musical sharing. Each musician will perform on a violin once owned and played by a prisoner in a Nazi concentration camp, now repaired and repurposed as an instrument of peace, social justice and hope. Along the Trade Route will celebrate the remarkable resilience of the human spirit.

Tickets for preferred seating and pre-concert reception at 6:00 pm: $72

This program is part of Violins of Hope San Francisco Bay Area presented in association with Music at Kohl Mansion, Burlingame, CA.

Sold out! Tickets may become available. ADD YOUR NAME to our Waitlist by emailing your name and phone number to: rivagambert@gmail.com. We will contact you should tickets become available tomorrow.