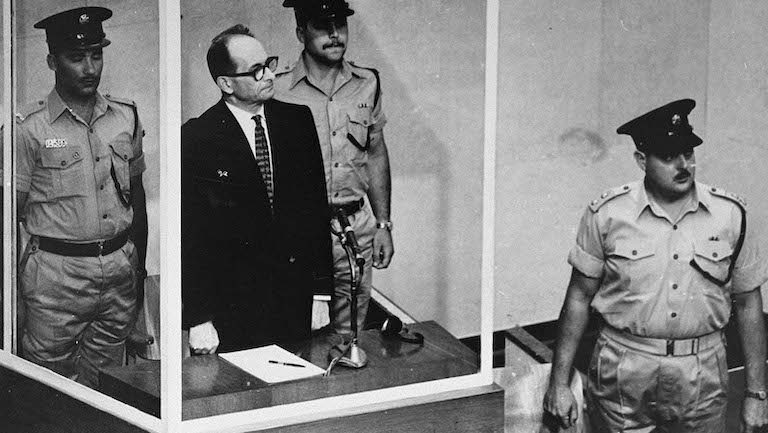 Sixty years after the capture of Adolf Eichmann in May 1960, we will explore his escape from Europe, the clues provided by a blind man in South America in unearthing the notorious Nazi’s post-WWII location, and his eventual trial in Jerusalem.

This virtual course will be facilitated via Zoom by Riva Gambert, the Director of Under One Tent and the East Bay International Jewish Film Festival.  She has lectured on anti-Semitism, the Holocaust, Israeli history and film censorship for Lehrhaus Judaica and other institutions.

Free to the community. To get the Zoom link to the course, email rivagambert@gmail.com prior to Monday, April 20 at 10 AM.